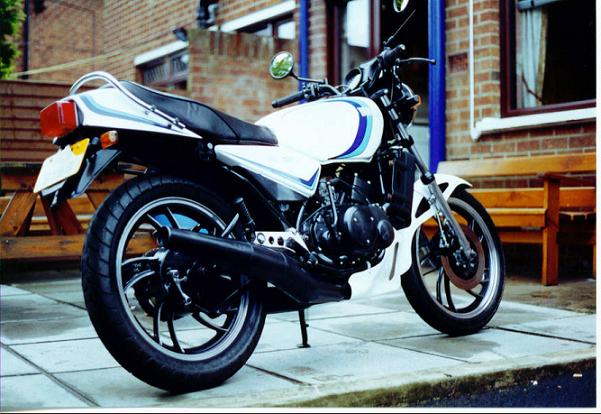 As a teenager the LC's were the BIKE to have, the smell, the screaming noise & the looks captured me. I was to young to have one but promised myself that one day I'd live out my
dream by owing one. Took me 15+ years to get there but I did it and LOVE my bike to bits. I also ride a Suzuki GSXR1000 and would get the same, if not more enjoyment out of
riding the LC as I would the big girl. The bike was restored to standard but since then I've picked up "All speed" pipes and a better brake setup for the front (I used to scare myself
after getting off the Suzuki and braking in the same distances!!).

Many people fantasise and dream of their ideal bike, I've got mine right here.